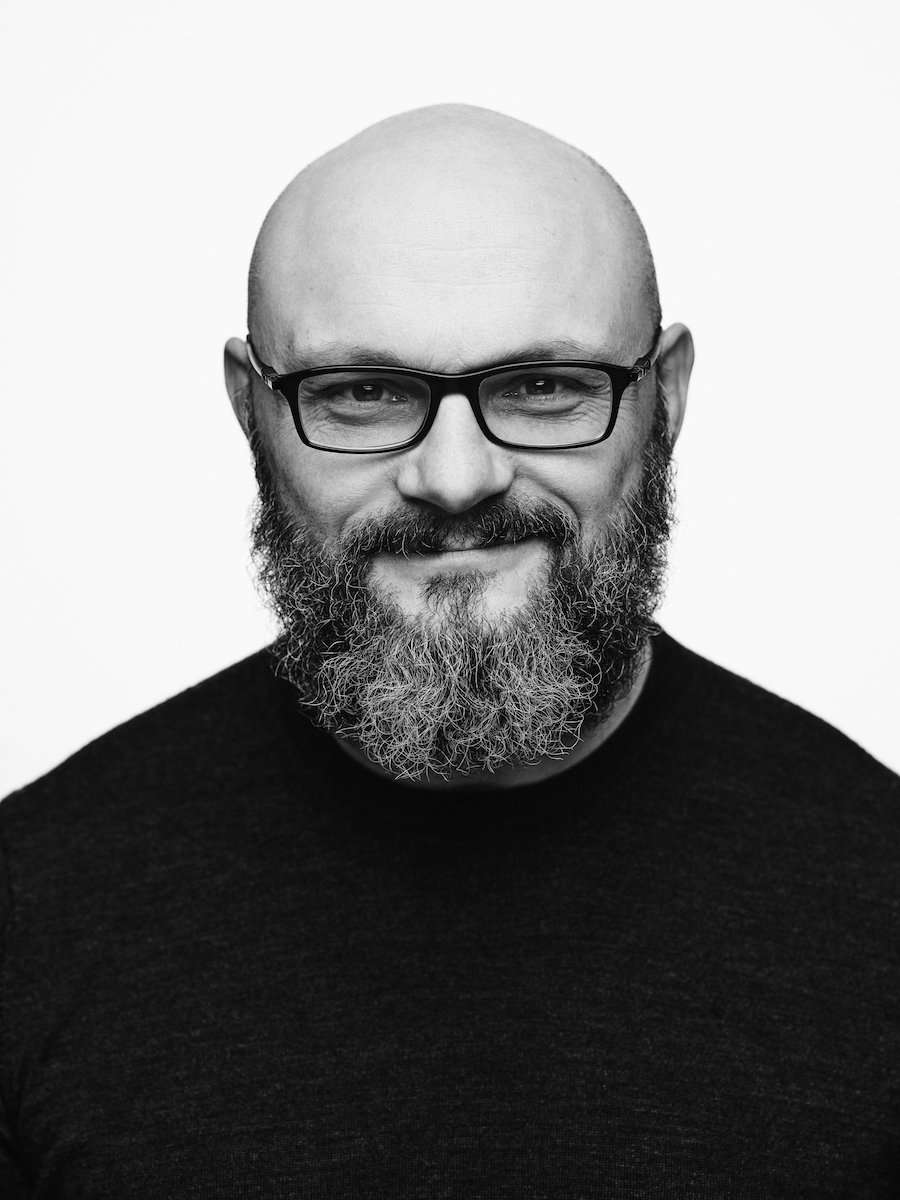 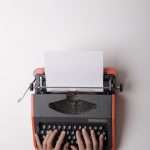 What to do about low motivation?

Low motivation comes in many forms. The truth is that it’s not always easy to get ourselves to do things! When we 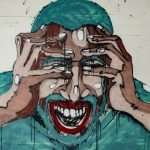 The “Stress Container” Explained, Part I

The size of your container is largely formed during early childhood. Children who are supported in the experience of appropriate stress—neither 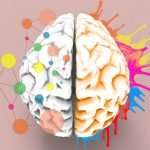 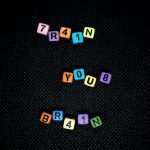 In our last post in this series, we introduced the concept of the counsellor’s ability to “target and titrate.” But what

Intro to Existential Psychotherapy: The Story of Pickle and Pepper

It might seem odd to start off a post about existential psychotherapy with the story of two fancy rats… but here goes.

Around two years ago I bought our kids two pet rats named Pickle and Pepper. Here they are below just after we got them in the Fall of 2018, Pepper in the foreground and Pickle behind.

When we first brought them home, all the kids (and the parents too) played with them constantly. I know that many are freaked and/or grossed out by rats, because street rats can be frightening, and we know the history of rats as vectors of disease. But fancy rats, as they are called, are delightful, smart, and social little creatures, and they can be great pets. But this isn’t a paid advertisement for rat ownership.

As fun as they are as pets, the kids, as kids do, largely lost interest. Pet care started to be a chore for the kids, and the parents were largely left to care for the animals. It was getting to the point that the parents had to constantly be on the kids to simply play with their pets. And the kids regularly forgot to feed and water the animals. The animals were surely not very happy—insofar as we can ascribe things like happiness to rats—to be neglected. The house often stank of ammonia of which rat urine is largely composed, because the kids weren’t cleaning the cage properly (or at all). The kids weren’t very happy about constantly being hectored by their parents to perform their duties as pet owners. And the parents were not very happy about having to constantly remind their children to perform their duties and then were really not happy about having to pick up the slack so that the entire house didn’t stink.

All in all it was a pretty unpleasant situation. After living in the context of that state of affairs, I even suggested that we find a new home for the rats. And it wasn’t meant as a threat to get the kids onboard. It felt like we had tried something that simply hadn’t worked, and for all our sakes, including the simple health and wellbeing of the animals, it seemed like the appropriate thing to do.

The response to my suggestion was not well received… at all. The kids got very upset. Many tears were shed and many voices were raised. Honestly, I thought the kids didn’t really care about the rats, and I didn’t imagine that they would be so upset. In fact, I thought they might be relieved of the responsibility. But it quickly became clear that they experienced it as a prospective loss, and they acted as people do when confronted by loss: with tears and upset. Ultimately, they promised and promised and promised to be more involved with the rats. So, we decided to keep them.

It will not shock many of you that after a short time of the kids being more involved and engaged and responsible for the rats, their commitment fell off, and we were back to our previous unharmonious state of affairs in the house.

Fast forward one year: things had pretty much remained the same, i.e., everyone was generally unhappy. Then one day in February, I heard one of the kids crying and generally freaking out: he had blood on his hands after picking up Pickle. My sense was that he was upset for two reasons: first, that this animal that he had known for a year and a half was clearly injured, and two that he had somehow been the author of that injury (it turned out he had not).

Now, the thing about rats is that they don’t live for very long. They often get tumours after 18 months and don’t live much past two years. Pickle was not well. We consulted a vet, who gave us some directions but let us know that this might be the beginning of the end. Without going into the gruesome details, after a couple of weeks her condition got much worse. There was no way to fix what had befallen her, and we decided as a family that the humane thing to do was euthanasia. And that’s what we did.

We were all upset by the death of Pickle. But in the aftermath of her death and with no prompting from the parents, the kids’ relationship to our remaining pet Pepper changed dramatically. The change happened suddenly, without much discussion from the parents, and has remained to the present. The kids now get up every morning and bring the rat downstairs to their bed. They let her out—without any prompting—multiple times a day. Often, they let her run around on the furniture while they’re reading or watching something. And then she’s free to pop up on someone’s shoulder for a scratch. The cage doesn’t smell anymore, because each day one of the kids wipes it down. And they now ensure Pepper has the food and water she needs.

The change in the kids’ attitude toward their pets changed radically after one of them died. And, as a result, the general tenor of the house has also improved. What does the story of a family’s relationship with its pet rats have to do with psychotherapy? Well… everything, I think. It is the story of the work that death can do.

The children had not had any conscious engagements with death. They took their pets for granted and so they saw their care as a chore. Before Pickle’s death, they would rather have played video games than engage with their animal friends. Even after I suggested we find a new home for the rats and they faced the loss of their pets, they fell into a sense of complacency before too long. They had cried and bargained and promised they would do better, but the loss was never realized. It was a possibility of loss. but as we decided to keep the rats that loss was never suffered. And so, the work that loss can do—that death can do—the manner in which it can upend our sense of priorities and reorient us to what is meaningful in our lives was never completed for the children.

Death is the condition that makes it possible for us to live life in an authentic fashion. This point of view—that death makes a positive contribution to life—is not easily accepted.

But Pickle’s death radically changed the children’s relationship to Pepper. Crucially, the loss wasn’t simply prospective but became real. Pickle went to the vet, and she did not come back, and she would not come back, and the kids came to know in a way that they had not in the past that she could not come back. They bumped up against the boundary that death presents, the boundary that cannot be crossed. To their great credit, they came to recognize that their time with their pets would be brief. They came to understand in their loss that the time to engage and enjoy and to simply be with their pet was never “later” but always now, in the present. This radical shift into presence, gratitude, connection, and responsibility occurred because they had been confronted by the pet that would never be again.

This is, in part, the story of existentialism is a general sense. And it helps to explain the way in which we understand our own therapeutic practice and engagement with clients. Ultimately, the question is asked in the following passage from my earlier writing:

Worlds are worlds, and the end of a world—the cessation of a nation, an epoch, a people, the physical world proper, or an individual’s life—is a confrontation. Death is an opening, the presentation of an argument relating to the manner in how to live. Death is a question and death questions. In thinking that is more oriented toward the social, the question of an end impels thinking about how to govern ourselves, how to organize the life of the community. In Existentialism, death confronts us with the same sort of question, but each being must come to terms with it in the vast multitude of instantiations of human life. And here we can see the real work that death does—or at least provides the possibility for doing—for each of us and the manner in which we must orient ourselves to it if we are to grasp the question it poses and as the question is reiterated to us all the days of our lives: how will you live?

The awareness of death, of others’ and our own, begins in grief. We have lost the happy innocence of ignorance or denial and can no longer pretend that there is always more: more time, more space, more connection, more growth. As individuals and as a culture we are prone to stopping here, at the moment of grief, in rebellion against the recognition of death. But the insights of Pickle and Pepper—and of existential therapy—are a lighthouse on this storming sea. They show a way through grief, into a renewed sense of presence, freedom, and care.

About 90% of first sessions at Nightingale are a success, and the client and Counsellor decide to continue working together. But we know that no single Counsellor can be all things to all people.

That’s why we offer all of our clients the opportunity to give our Intake Team feedback on their Introductory consultation, and to be matched with another Counsellor at no cost.

Once you’ve been entered into our booking system, you will receive an email with a link to fill out an intake form. Filling out the intake is important for two reasons: